When drawing a house as a child most of us defaulted to drawing a triangle on top of a cube. This blog delves into the world of wacky roofs that dispel the myth that roofs have to fit into a very narrow aesthetic field. 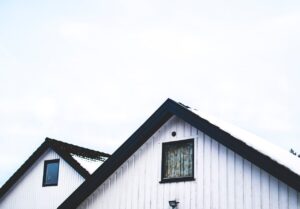 To talk about the more unusual types of roofing out there, the standard gable roof ought to be considered. This roof typically has two slopes on either side of the building that meet into a point at the top.

This roof is incredibly similar to the gable roof mentioned above. However, in this instance, the slopes that meet in a point come from all four sides of the building rather than just two. 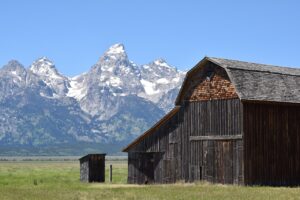 Gambrel roof, also more commonly called a barn roof, is characterised by the two symmetrical slopes on each side of the building. The upper slope is usually more shallow than the slope that is closer to the ground. Most houses and buildings with this style of roof, unsurprisingly, are barns or barn conversions.

The mansard roof is very similar to the gambrel mentioned above with the most obvious difference being that there are slopes on all four sides of the building rather than just two. It still has two different sloping angles.

Simply put, a butterfly roof is an inversion of a regular gabled roof, with the slopes pointing upwards rather than down to the ground. This type of roof is usually found in modern architectural buildings.

This style of roof can be identified by the asymmetrical slope that runs from one side of the building to the other.

The inverted curve roof curves itself towards the sky. Often one side of the curve is higher than the other to ensure there is adequate water drainage. It offers a very modern aesthetic to the buildings it is attached to.

A salt box roof can be described as a modified gable where a lean to is added onto the side. This design was created when it was realised that with minimal materials extra space could be added without compromising water runoff.